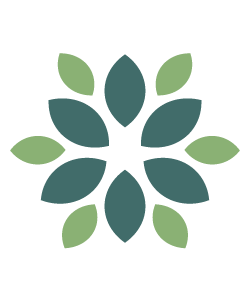 There are many reasons why people choose to plant trees on their property, which include to improve the appearance of the landscape and to provide shade. It's often necessary for homeowners to contact a tree service to trim their trees, care for diseased trees and to remove trees. We aren't affiliated with tree service professionals but we think homeowners should understand the importance of tree specialists and why their services are needed. We researched tree care and talked to professionals in the tree service industry to obtain the information we needed for this blog. As you read these articles, you'll learn when it's necessary to contact a tree service to maintain and care for your trees.

The Importance of Tree Services for Maintenance and Care

Should You Remove A Lightning-Damaged Tree?

When most people think of trees and storm damage, they assume wind is the only thing to really worry about. Unfortunately, lightning also poses a real risk to trees, in part because the tree is often the tallest thing on your property.

Lightning damage may only be immediately obvious if you were actually there to witness the strike, or if the tree caught fire from the energy coursing through it. Often, the initial signs of lightning strikes are more subtle. You may notice a new split running up one side of the tree, sometimes accompanied by scorch marks.

Brittle foliage may show up in a day or two following the strike, as well. In some cases, chunks of bark may appear to be blown off the trunk.

Unless the tree obviously won't recover, such as if the lightning split the trunk in two, there are some immediate precautions you should take until you know whether the tree should be saved. Any badly damaged branches from the strike need to be pruned away as soon as possible; otherwise, they may fall on someone below.

Then, monitor the lightning wounds for any signs of insect or disease incursion. The wounds may not heal over for a year or more, which means the tree will be susceptible to disease until then. If you catch the disease early, you may be able to have the tree treated and saved.

It can take several weeks for the extent of the damage to become obvious. As a general guideline, if the lightning only damaged one side of the tree, it can be likely be saved. Over the next few weeks, you may see dead patches on the side that was struck. You will need to have the tree pruned again to remove any newly dead branches and to help balance the remaining crown so that lopsided weight distribution doesn't cause the tree to fall.

On the other hand, if there is extensive dieback, as in most of the leaves die and the branches all begin to turn brittle, it is time to have the tree removed. A badly damaged tree poses a fall risk, so it is better to remove it now rather than have it blow down later.

If your tree is suffering and posing a danger after the lightning strike, contact a tree removal service in your area for more help.